Transport industry slows down with Economy

The economic slowdown has hit truckers so hard that many are unable to utilize their vehicles due to the absence of cargo. They fear that if this situation persists, it will become difficult for them to pay their EMIs and chances of their vehicles getting seized by finance companies are increasing by the day.

The truck transport industry is bearing the brunt of a slowing economy. Truck rentals are down by 15-20 percent in various parts of the country due to a drop in cargo availability. 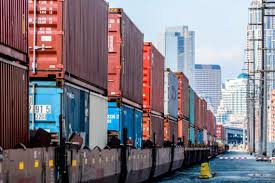 GDP growth slipped to a six-year low of 5 percent for the June quarter, leading many to worry about what will be the sectoral impact of such a development.

“The viability of fleet operators came under pressure in the recent quarters due to subdued freight rates, low cargo availability, and increased operating costs. This has also contributed to lower demand for commercial vehicles,” according to Shamsher Dewan, Vice President & Sector Head – Corporate Ratings, ICRA.

Truck rentals have been under deep stress since November 2018, and have dropped by 15 percent to 17 percent, said a report by the Indian Foundation of Transport Research and Training.

The upward revision in axle load norms for trucks (above 16-tonne gross vehicle weight), from July 2018, resulted in an almost 15-20 percent increase in the load-carrying capacity of fleet operators and exerted pressure on freight rates. 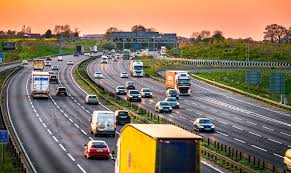 Implementation of Goods and Services Tax (GST) from July 1, 2017, had a significant positive impact on fleet owners’ operations. With the new tax regime doing away with the requirement of state-level VAT check posts, it resulted in faster turn around time for trucks and thereby efficiencies.

“As per our estimates, there have been about 15-20 percent improvement in turnaround time because of GST. The impact has been more pronounced in a few states such as Kerala, West Bengal, Maharashtra, Madhya Pradesh and Bihar, which were earlier known for high waiting time spent at their inter-state borders,” said Dewan. 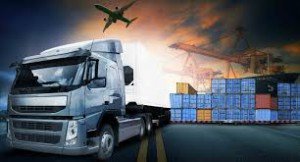 “Even if the macroeconomic activity improves, I think it will take some time for existing trucking capacity utilization to improve before there is any significant or perceived impact on new vehicle demand,” C. Ramakrishnan, chief financial officer, Tata Motors Ltd, told analysts in an earnings call on 8 November. “So I think we will continue to see a challenging period for some time now.”

Tata Motors, which sells one in every two trucks bought in India, saw overall commercial vehicle sales drop 22% to 1,98,266 units in the first seven months to October compared with a year ago, according to Siam.

Also, e-way bill implementation has streamlined operations to some extent for the transporter community, with savings in time and paperwork reduction due to the digitization of processes. While this has been positive for the truck operator, the resultant efficiency gain has contributed to an increase in capacity for the existing CV players, leading to lower demand for new trucks, pointed out an ICRA report.

Truckers are hoping that the ensuing festival season followed by good agricultural produce due to good monsoon will boost the movement of goods, and help the industry survive.

” Will our economic conditions remain subdued for a prolonged period?” – Please comment on your views.