The e-commerce giant, Amazon, has expanded its services to begin conducting business in the logistics industry, according to CNBC.

As a result of Amazon’s progress in the shipping sector, logistics firms FedEx and UPS has begun to make changes to their strategies moving forward.

In his ​2017 annual shareholder letter​, Amazon.com CEO Jeff Bezos lauded “divinely discontent” customers as innovation drivers. This is how he described their impact (emphasis added):

“It may be because customers have such easy access to more information than ever before — in only a few seconds and with a couple taps on their phones, customers can read reviews, compare prices from multiple retailers, see whether something is in stock, find out how fast it will ship or be available for pickup and more. ​These examples are from retail, but I sense that the same customer empowerment phenomenon is happening broadly across everything we do at Amazon and most other industries as well. You cannot rest on your laurels in this world. Customers won’t have it.” 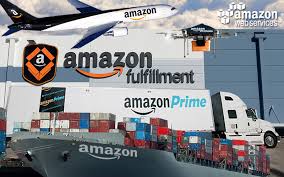 It is also looking at entering food delivery services and competing with Swiggy, which it reportedly wanted to acquire. It is in initial talks with some food tech startups for this.

Another executive said Amazon has priced ATS competitively to sellers which is lower than third-party courier services.

“Amazon wants to control each and every segment of the e-commerce value chain, since they also sell packaging materials for online shipments,” he said. When contacted, an Amazon India spokesperson refused to comment on future plans. 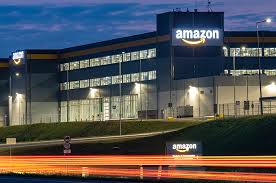 But two other angles spell out ­Amazon’s broader logistics play even clearer:

At more than ​243.5 million square feet​, if all of Amazon’s distribution and fulfillment space were laid out side by side, it would spread across a quarter of Manhattan. That’s 258 operational facilities in the United States and another 486 distributed around the world.

Amazon Air (once called Prime Air) boasts a fleet of 32 Boeing 767-300s, on track to grow to a sizable 40-­aircraft fleet​. By comparison, that’s almost as large as the 15th largest U.S. passenger fleet. Not huge, but it’s only going to grow. The planned 210-acre Amazon airport in Kentucky will ​support up to 200 flights daily​.

There’s been less progress, though, with ocean freight since Amazon ​registered as a freight forwarder​ several years ago. That’s not to say Amazon isn’t staffing up; it recently ​snagged the former CEO of UTi​, once a top-20 global freight forwarder, to run its logistics program. And the career data below spells out a strong ocean slant. 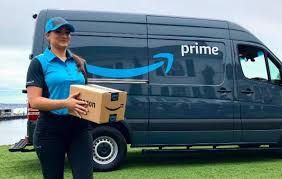 Industry estimates still peg Amazon as delivering some ​5-10%​ of its goods itself, complemented by a range of courier partnerships (​perhaps, soon to become direct competition) and their ​now famous (or infamous) relationship​ with the U.S. Postal Service.

As expected from Amazon, there are a number of other highly innovative (and slightly crazy ideas) in motion too, such as crowdsourced deliveries from ​external contractors​ (more on Flex’s development below), ​delivery to car trunks​, ​remote door access to Amazon couriers​, ​Amazon lockers​, apartment hubs​ and ​dozens of drone delivery patents​. The aforementioned ​franchise delivery business model​ recently joined the rank of Amazon delivery, giving Amazon the ability to grow its own courier network without having to shoulder too much of the financial burden. Amazon has also been rolling out more consumer-facing tracking ­capabilities with an app for U.S. customers to track ​exactly where their package is every step of the way. 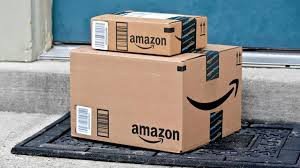 Only three logistics job descriptions explicitly mention ocean freight, backed by 10 research and development jobs related to inbound ocean freight, as well as a customer service role. However, the three ocean freight roles are all pivotal and have all been posted in the last couple of months.

With nearly ​1,500 job roles across all departments for the keyword of “import”​ (8% of the total jobs on the website), ​110 for cross-border and about 70 for cargo or freight​, Amazon’s evolution into a comprehensive global supply chain is now an inevitability. Bezos has repeatedly demonstrated that providing a stellar customer experience means taking full control.

So where does that leave logistics companies? Few operate at the same scope as Amazon’s level of business. But most do already have expertise, physical networks and internal technological capabilities to differentiate. Doubling down on improving user experience had recently become the way to stay ahead. But now, it’s looking like the way not to fall behind.

Eytan Buchman is vice president of marketing at Freightos, a technology firm based in Hong Kong that provides online pricing and automation tools for freight forwarding firms.