The UAE eCommerce market is on an upward trajectory. Its unique growth path, compared to both emerging and mature economies, is led by government adoption of eCommerce payments on platforms such as Dubai Smart City. Government payments lead the eCommerce landscape by far, despite exponential growth in other categories such as quick-service restaurants and transportation.

Logistics infrastructure readiness is necessary to support the growth of eCommerce and in this regard, the UAE is at par with some of the most developed markets in the world. The country enjoys an advantage as a major global transshipment hub with the port of Jebel Ali and Dubai’s airports providing a high standard of logistics infrastructure. This leadership has been cemented with eCommerce-specific logistics, exemplified in a June 2018 MoU between Emirates Skycargo and the Cainiao Network, the logistics arm of the Chinese Alibaba Group, aimed at making Dubai one of the eCommerce major’s six global logistics hubs1.

The proliferation of e-commerce has drastically changed the global retail market. But this megatrend, which has transformed the dynamics of consumer behavior and business models in retail, remains untapped in the Middle East and offers huge potential for industry players.

Major drivers of e-commerce growth in the Middle East, especially in the Gulf region, would be a high spending potential—owing to a high per capita income— developed transport logistics networks, rising internet penetration levels and a growing tech-savvy youth population. 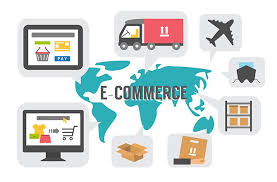 Amazon acquired Dubai-based Souq.com in 2017, which had over 50 million customers and operations in all GCC states, positioning itself as a major e-commerce player in the region. With the Amazon Prime membership in place, the company is looking to attract more customers in the future. In addition, in late 2017, Amazon announced the launch of its AWS Data Center in Bahrain as part of its market expansion plan for the region.

Other notable e-commerce players include Namshi.com, eBay, Ali Express, Nahel.com, Ubuy.com, Aido.com, Awok.com, Mumzworld.com, and the number is only expected to grow. Moreover, traditional retail chains are on their way to transitioning to the e-commerce model to serve both online and traditional customers. 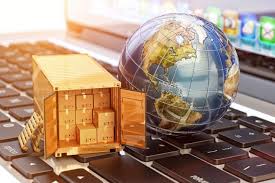 Online shopping is growing faster in the UAE than other countries. The UAE currently ranks 33rd in the world in terms of the size of its e-commerce market. The country is also a leading emerging market player in the logistics industry as the country ranks first in the Gulf region and third globally after China and India, according to the latest Emerging Markets Logistics Index.

“The aggressive growth of the e-commerce market in the UAE increases demand for professionally qualified logistics service providers to meet the logistics requirements of their customers,” said Shailesh Dash, chairman of Gulf Pinnacle Logistics.

A boom time for e-commerce:

The announcement of the Noon-eBay partnership comes at a time in which competition in the e-commerce landscape is heating up, coming on the heels of the $800m deal between Souq and Amazon, as well as Emaar Malls Group’s 51 percent acquisition of fashion retailer Namshi for $151m – and that’s just in the UAE. 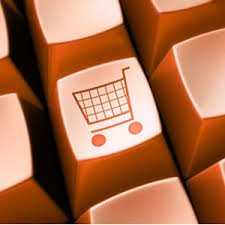 Many e-commerce giants have realised and tied the importance of a reliable, efficient and timely logistics system to their own success. Hence, those e-commerce giants who can afford vertical integration, started to either acquire state-of-the-art logistics providers or build a logistics arm internally to ensure a reliable, speedy, on-time, delivery services to their clients.

Despite the vast changes seen in the region’s e-commerce industry, the fact remains that it is still comparatively small, with a March 2018 report from Research and Markets finding that “online retail makes up only a single-digit percentage of total retail sales even in the UAE, the current online sales leader of the [GCC].” The partnership between Noon and eBay, though, forms part of a larger momentum in which e-commerce customers are increasingly numerous, and increasingly discerning. 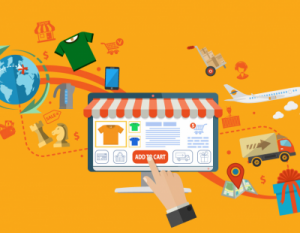 An estimated $51 billion of e-commerce sales were registered across the Middle East, North Africa and South Asia in 2017, according to new research launched by Dubai CommerCity.

The future holds a lot for the ecommerce players in the Middle East and it’s definitely great to see companies succeed in spite of the intrinsic barriers. Their success is inspiring other players to build great products and services apart from building trust in the local community.

Economic reforms, diversification and improvement in labor laws coupled with steady growth in internet penetration will propel the ecommerce market to new heights in the next decade.