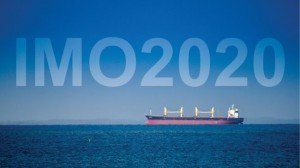 Shipping is not ready to safely implement IMO 2020 low-sulfur fuel rules by the start of next year, according to a coalition of shipping trade associations. Stricter rules on sulfur emissions from ships will come into effect next year in the biggest shake-up for the oil and shipping industries for decades.

Unless some form of emission abatement technology such as scrubbers has been installed on vessels, the new International Maritime Organization (IMO) regulations mandate that the sulfur content of fuel oil used by ships operating outside designated emission control areas does not exceed 0.5%, compared to 3.5% now.

Scheduled to enter into force Jan. 1, the rules will be a major boost to the environmental performance of ocean freight. However, as reported in FreightWaves the premium prices of low-sulfur fuels are expected to drive up global supply chain costs, and shipping bodies also believe there could be fuel shortages and discrepancies in standards.

From January 2020, the IMO will ban ships from using fuels with a sulfur content above 0.5%, compared with 3.5% now. Only ships fitted with sulfur-cleaning devices known as scrubbers will be allowed to continue burning high-sulfur fuel. Shipowners can also opt for other sources of cleaner fuel such as liquefied natural gas (LNG).

Furthermore, the compatibility of fuels must be taken into consideration. Josh Lowell, an energy analyst, warned in a blog post that because there isn’t one single recipe for low-sulfur fuel oil (LSFO), mixing of various LFSO blends will be a necessity. But combining incompatible fuels can cause damage to a vessel’s engine, taking valuable carrier assets out of operation and stranding any cargo on board in the process.

Another source – this time a shipowner – told ClipperData that if there was ever a time shipowners would pay a premium to ensure fuel safety, IMO 2020 is that time. These interviews recently appeared in ClipperData’s Beyond 2020 report, our monthly overview of industry trends in the buildup to IMO 2020.

“The industry is committed to working with all concerned stakeholders to move to ship closer to a zero-emissions future. There is much work still to do but we are clear that the shipping industry recognizes the importance of meeting these objectives.”

Toward the end of last year, there had been some industry concerns over whether there would be enough time to prepare for the start of the regulations, even though the measures were fully adopted in 2016.