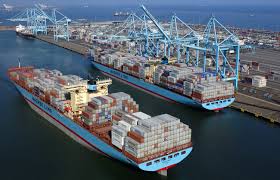 Technology is revolutionizing ports, introducing remote-control cranes, self-driving trucks and other innovative systems to speed up loading and unloading of vessels.

Europe is gearing up for driver-less (autonomous) ships, and planning autonomous ports too.

The Russian Maritime Register of Shipping said on Tuesday that it has published Guidelines on the classification of maritime autonomous surface ships (MASS). The recommendations provided in the document are underpinned by R&D, according to Head of the RS Electrical Engineering and Automation Systems Department Vladimir Vikulin.

“Recent developments make  autonomous shipping viable with all its benefits such as fuel saving, emissions reduction, minimisation of human error. The key to the safety is failure-free operation of systems and equipment as well as cybersecurity ,” he added.

The European Commission has sponsored a project called  Autoship Autonomous Shipping Initiative for European Waters – which aims at speeding-up the transition towards a next generation of autonomous ships in EU.

The target date for the first driverless ships is 2023, according to the project document.

The project will build and operate two different autonomous vessels, demonstrating their operative capabilities in Short Sea Shipping and Inland Water Ways scenarios, with a focus on goods mobility.

“The new autonomous ships will help ship operators and owners to improve the economy of scale of their investments, to effectively gain competitiveness and renew their fleets, making them more competitive to replace road transport: they will reduce costs and improve the overall efficiency on-board (less fuel and logistic procedures) based on an advanced technology for monitoring, data fusion and communication with a more evolved network. Interoperability and IoT will increase safety, security and speed of every operation,” the project document explains.

Needless to say, autonomous ships require connections to autonomous ports, and the EU announced just such a project on 1 June — to be ready by 2023 as well.

The focus of the AEGIS project is on integrating smaller ships, inland transport and short-sea shipping with larger terminals to create a completely new European transport system. The project’s anticipated completion is 31 May 2023.